Huge relief for Britain. Huge triumph for Boris. All the doom mongers have been proven wrong. As everyone is fed up with this subject after four gruesome years, here are – for the very last time – a few words on the dreaded subject #Brexit written from German perspective.

By the way: We Germans gladly take the credit for having rescued the deal – however Merkel's role tends to be overestimated. She remained astoundingly hands off in this whole affair. Apparently Her Majesty's Ambassador in Berlin, Sir Sebastian Wood, had asked several times for a meeting with the Chancellor's EU-policy adviser and was rebuffed every time. Then again: Frau Merkel's style of governing is not famed for its' transparency. Her modus operandi is invisible. Furthermore, there is no denying that German EU diplomacy (and possibly even the personal rapport between BJ and UvdL) played a role in making the French climb down from some of their more ambitious demands.

If you ask me, to the largest extent this success is due to the fact though that Brussels was faced with a credible Brexiteer PM whose determination to walk away from the talks remained real until the very last moment, a PM with an overwhelming majority in the Commons, someone they could not push around like his predecessors. All this plus the determination of the UK negotiating team headed by the remarkable Sir David Frost.

So here it is: My last piece ever on #Brexit. It is in German, so shove it through GoogleTranslate, you will get the gist of it. And here is another one for the Daily Mail on why it took a flamboyant disrupter to end years – no decades – of agony about if and how the UK should be part of the European project. Finally, there is certainty and we can turn our attention to more pressing matters.

Below you find my lead editorial in today's BILD blowing Boris's trumpet.

Here is a rough translation:

World history has just happened in the shadow of the Corona crisis. Britain’s Prime Minister Boris Johnson, often ridiculed by our opinionated elite as a juggler and joker, has led his country out of the EU. And that without being forced into economic self-mutilation.

For years, all supposedly sensible pundits have told us that Brexit will mean doom for Britain. Now they have to eat their words.

What does that tell us?

Two things: politicians like Johnson who don't fit into the technocrat’s grit are those who sometimes are able to make the impossible possible. Just because someone has tangled hair, wears funny ties, and speaks the language of the regulars doesn't mean they can't be a statesman of historic importance.

The second thing: Let us remain skeptical when doom mongers predict that everything will go down the drain if we do not listen to them at once. They are almost always wrong.

Germans DO want a #Brexit-deal

... not so sure about the French though as I explain in today's Daily Mail. 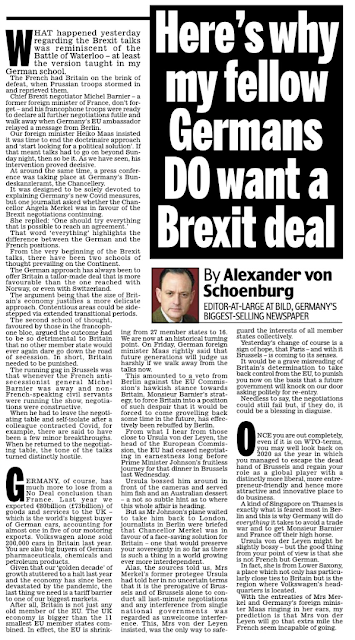 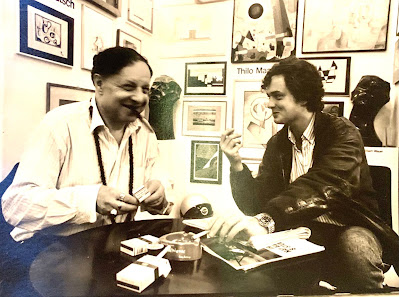